Valencia’s Municipal Transport Company (EMT) chose äbranding to carry out their campaign image for young people and teenagers. It was a project that, due to the heterogeneous nature of its audience, had many difficulties: finding a message and a design line which worked for a target group between 13 and 21 years old. With the great differences between both ages, it was quite a challenge. How to bring together in the same claim and in the same concept something that could stand out to a 13-year old, practically childish, with a 21-year old, almost independent?

There were two main campaign goals: first, to promote the use of the EMT buses instead of other means of transportation as an efficient way of moving. The buses took passengers on museum routes and to natural landscapes, such as la Albufera or Valencia’s modernist area. The idea was to know what moved young people from that age group and, once detected, make them choose the bus as a mean of transportation. The other main goal was that students from schools and institutes attended mobility conferences organized by EMT, as well as visits to their facilities.

To this end, the proposal chosen was a combination of graphic design, illustration and photography that allowed the display of different profiles, which the target-students of secondary, high school and vocational training felt identified. 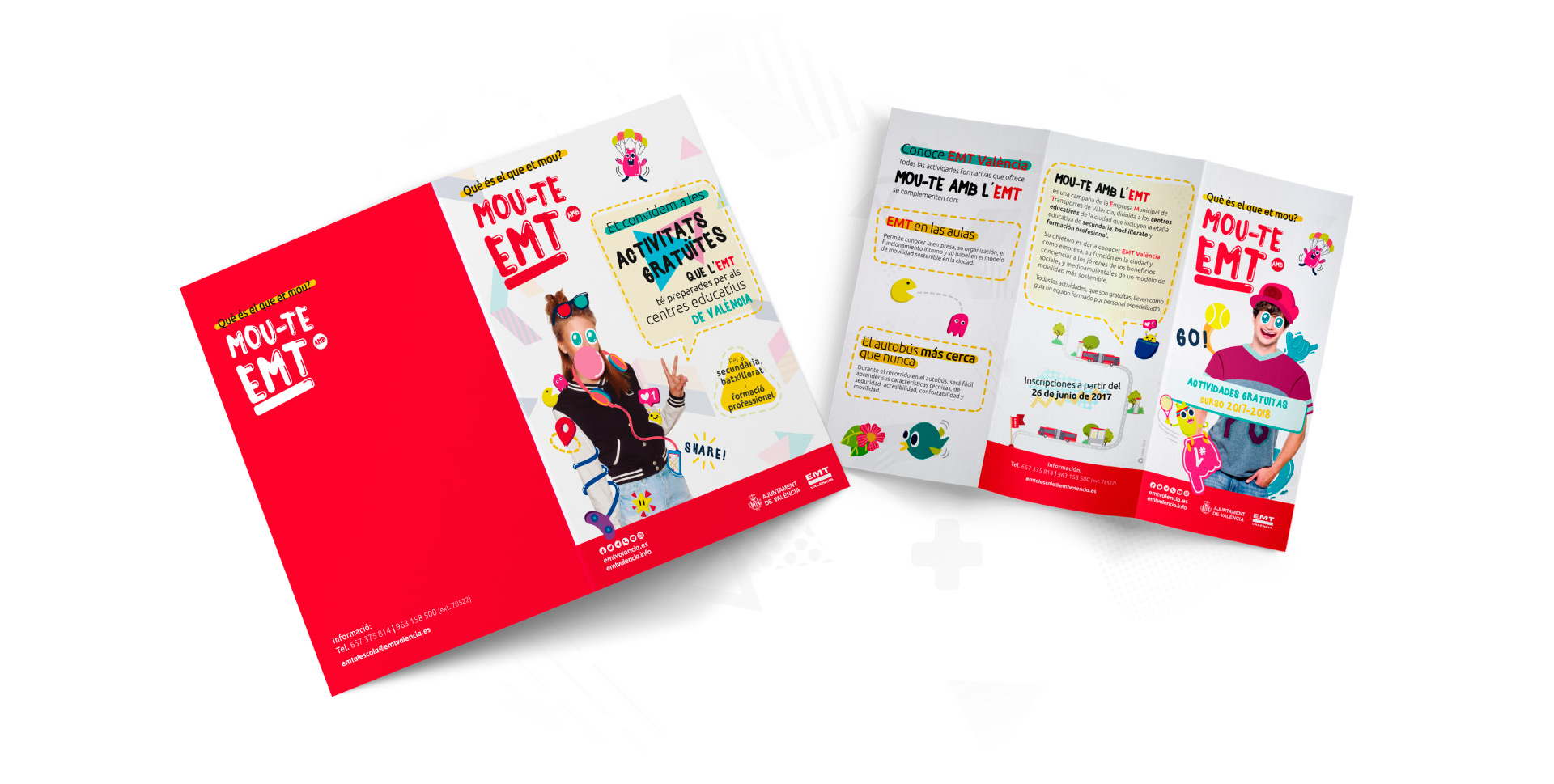 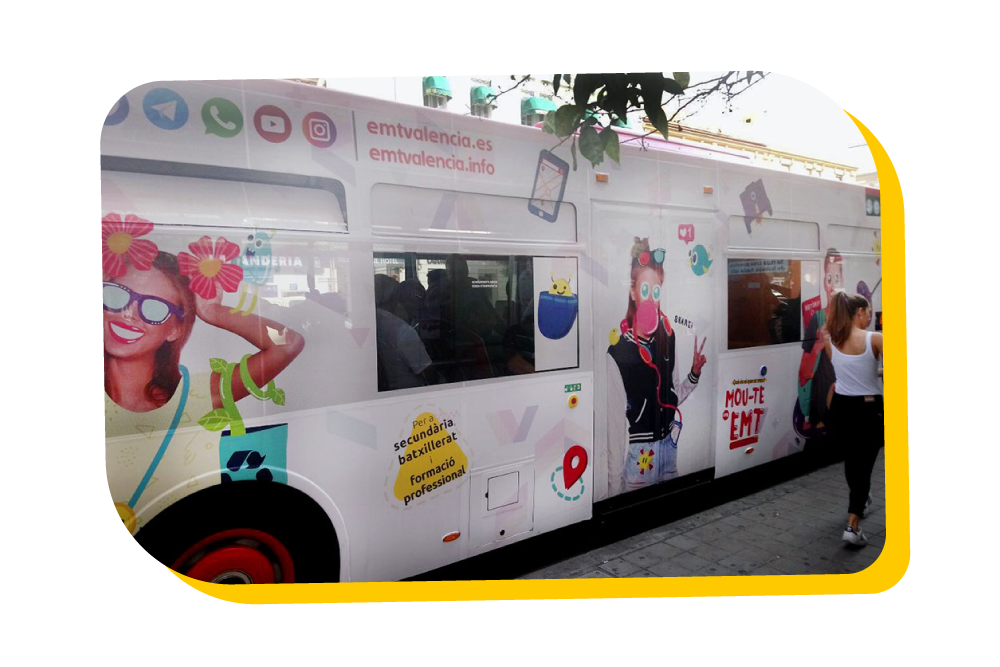 The most striking piece of this project was the labeling of an entire bus, very visual thanks to the color white, which contrast with the classic red of EMT.

We also design informative brochures, folders, small notebooks and other resources in which we informed about all the activities.